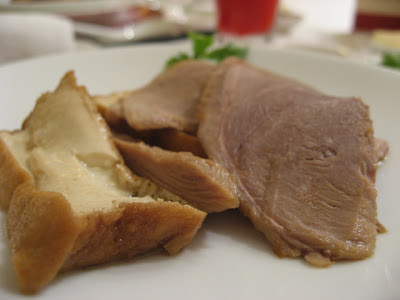 Six large private rooms make it a convienent place for group parties and family celebrations- very helpful and accomodating service, but both hits and misses for mutli-course dishes served. Dim sum a stand out- would like to return during lunch for dim sum in the future.

The evening got off to a bumpy start as we tried to squeeze in extra seats to an already crowded, very large table of over 25 people. But the servers switched out the chairs and moved out the place settings without any complaints and as quickly as they could. It's possible we might have gotten annoyed furtive looks at another restaurant, but I didn't feel anything of the sort as we all settled in.

This was a group company dinner so the menu and prices were already pre-set. Some of the dishes I thought were very tasty- such as the bamboo wrapped sticky rice - but some of the others were just overdone- just as the sweet and sour spare ribs.

My pictures are in the order that the food was served. Despite really enjoying all the other restaurants at San Want, I found myself quite underwhelmed with the food overall at Chao Ping Ji. It might have been because it was a "group menu" and maybe one of the less expensive ones- however, I don't think that should be an excuse for not serving the best at that price range.

The starter appetizer was not bad with the tofu and goose. The shark fin was watery and piece-y. 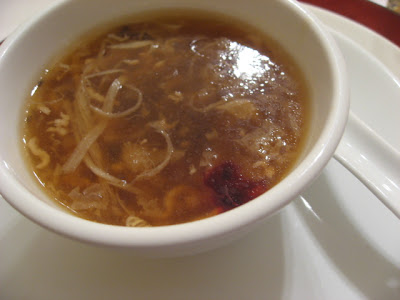 The fried shrimp was a bit hard to eat, but tasty with vermicelli used as a wrap instead of batter or egg roll skin. 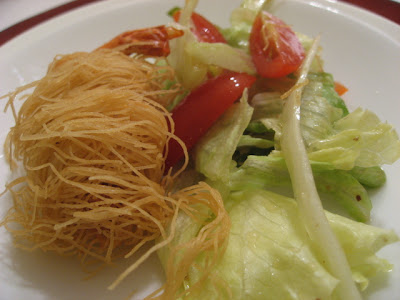 The mushroom tasted better than the abalone in this dish, and the spicy XO scallop seemed a little burnt. Or maybe I don't like XO sauce- I believe I did not like a previous experience with XO sauce at another restaurant. 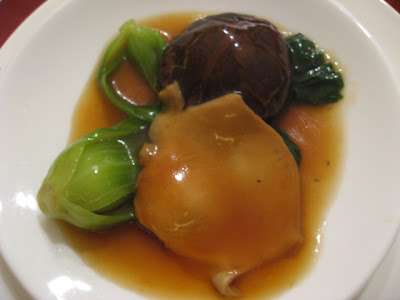 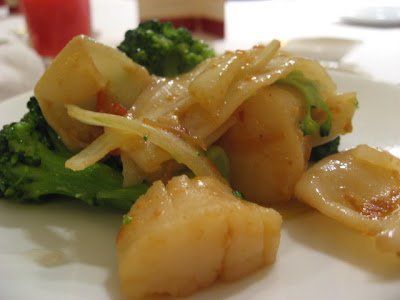 The spare ribs looked promising and had a nice sweet glaze, but with one bite, it was obvious that they were too tough to chew with the meat cooked dry rather than being tender. Around the room, I could see waitresses taking away untouched plates from the table as it seemed many others felt the same way. 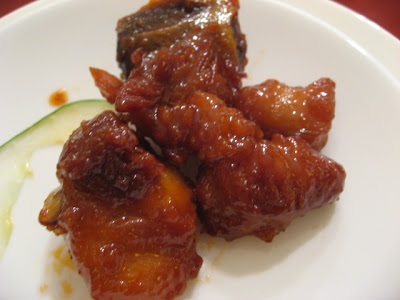 Despite the sauce on top, I found the actual fish itself to be a bit bland. I just was not having any luck with the seafood here. 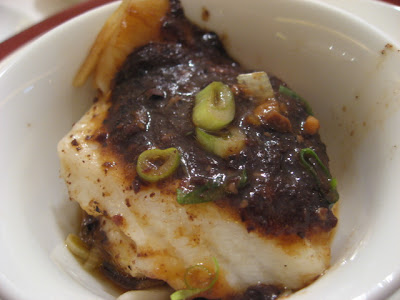 The sticky rice and the "char siu sau" was the saving grace of the dinner. It brought the flavor and yum factor that had been missing all night (or maybe I was especially hungry at that point). The char siu sau was flaky and the bbq pork inside was sweet. The sticky rice, well really, how can you mess with sticky rice? I quickly devoured my portion and eyed the others on the table, but didn't say anything. 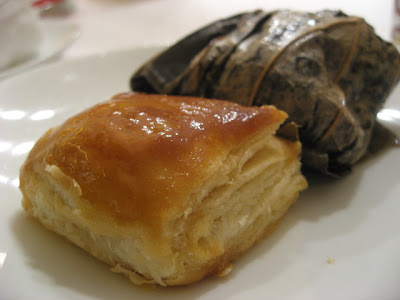 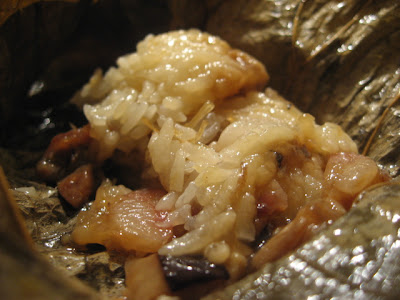 By the time the tapioca dessert came, I was ready to head home. 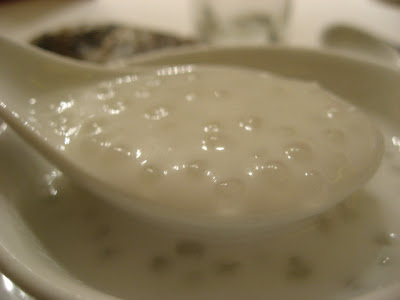 Taipei Fun says that Chao Ping Ji was "voted as one of the best Chao Chow restaurants in Taipei" so maybe I'll have better luck ordering ala carte or dim sum next time.
Posted by joanh at 5:50 PM

It's sad when food looks pretty but doesn't taste good. I'd rather it looked yucky but tasted amazing.

i swear by their dim sum, but you'll probably see a better quality by ordering a la carte. here are some of my recommendations:
har gaw: shrimp dumplin
lo-bo-gao: pan-fried turnip cake
shark fin in soup dumplin
their "chung fun" selections are pretty good: the chung fun skin are thin and slippery with tasty fillings. (i usually order shrimp)
last but not least, the squash pancake; it's one of their specialties.
good luck!!